As the new energy revolution sets its foot in, the human society is transitioning to a new era of renewable energy where replacing chemical energy with clean energy has become the most influential trends over the past decade and is destined to leave its mark in history. Ten years is not eternal moment in the long river of human history, nor is ten years significant given the long history of industrial development. However, it is within the decade that the Chinese photovoltaic industry has made remarkable achievement. It is also during the period that a rising star in the photovoltaic industry made its debut in the southeast of China ten years ago and its booming development witnessed the Chinese photovoltaic industry developing from a staggering start to the top of the world. With its cradle in Xiamen, China, Mibet Energy has been committing to promoting the development of global green energy over the past decade.

Review of Mibet Energy in the past decade 2013: forge ahead without fear of challenges 2014: concentrate on R&D to seek innovation and breakthrough 2015: overcome obstacles to press ahead 2016: blaze a trail for stable development 2018: strive with sweat and toil to move another step forward 2019: innovative development to spearhead the trend 2020: fear nothing and stay true to original inspiration 2021: relocate to new factory and join hands for a better tomorrow All hard work pays off. With 2022 as a new starting point, all staff of Mibet Energy will continue to walk hand in hand and embark on new journey to pursue dreams.

In 2021, China once again ranked first in terms of new and cumulative photovoltaic installed capacity in the world. From cities to villages, photovoltaic knowledge is gradually spread and gaining popularity. From factories to homes, the application of photovoltaics is expanding step by step. As a typical representative of China's solar mounting industry, Mibet Energy started from scratch to become one of the world's leading solar mounting system companies. In the future, Mibet Energy will continue to forge ahead to create greater glories while upholding the mission of making green energy more effective and efficient. 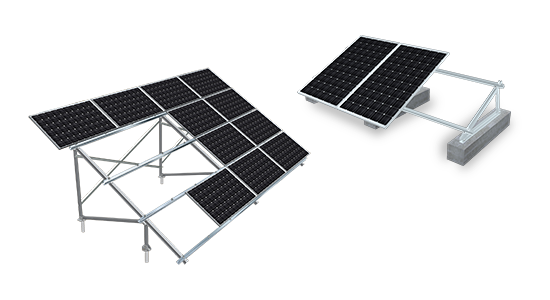